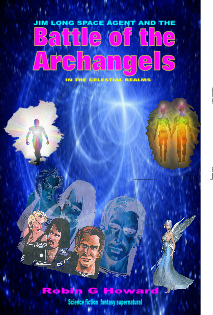 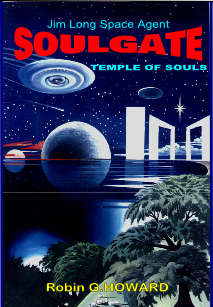 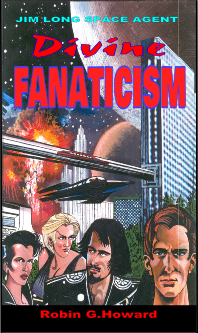 Monadic Chair - an odd ancient artefact that travels to amazing destinations. Stealing it

from a  cave, will the new owner command the universe?

beings. Nevertheless, are these peaceful people really at risk?

Equations of Divinity - A strange spheroid discovered.  What is its astounding purpose? Not classed as alien, then what is it? Will the discovery blow your mind with an insight into creation?

The last story Mosaic Death, reveals a bullying corporate director who ignores the law of

inter-dimensional travelling to search for a secret mystical substance.

A missing space station with senior officers on board causes Jim to use his Inter-dimensional bracelets catapulting him into an almost negative dimension defying the laws of physics. The alternate dimension is so strange as to defy belief, a universe that is almost negative opposing the laws of physics.  Jim’s probe fighter craft mysteriously vanishes below the surface resulting in a journey to a wondrous world of alien technology.

An unstable planet in a pre-space age, extreme theological terrorism, and the discovery of a 3000 years old spacecraft cause chaos & panic. Jim and crew proceed on a remarkable adventure pushing them to their utmost limits.

Join Jim and crew of space travellers on a turbulent journey into the supernatural. A vast hidden artefact, a strange psychic force, and an ancient book lead a trail to an ancient disaster. Can Jim and his crew decipher the contents before the planet is taken out of existence?

Disturbance in the celestial realms, planets in disarray, put Jim and crew in mirror body trying to find who is responsible.  Join a journey into fantastic realms of existence. Can they find the answer before the physical and spiritual world collides with a devastating consequence?

Discover the world of Jim Long space agent and explore the Galaxy space agency. Find out about the galactic craft and ancillary equipment used in this futuristic empire near the centre of our galaxy. Discover the spiritual terra forming by the Ancient Beings of light with weather creating stations and the different dimensions discovered. Observe the different ranks of the galaxy police and snippets from his diary.