Centuries in to the future at the Space Agency HQ near the centre of the galaxy, Intergalactic craft 1B sets out to look for reported missing ships. Space Agent Jim Long finds himself in an uncharted section of the universe; forced into immediate action to save the craft and crew.

The spacecraft enters an unknown area that throws everything into a state of chaos. Stranded, and shifting into other dimensions, communication to the outside mysteriously cut, causes confusion and fear. Mysterious deadly foes appear in different time-shifts ready to cause mayhem and death. Finally, the crew challenged on everything abhorrent to humanity, sexism, racism, and extreme religion, under the control of dark, malevolent spiritual beings called the Nomed.

Will Jim and crew ever escape from this fiendish driven environment? Because of his usual drollness, wit and fortitude, the Nomed use Jim for their amusement until the situations become critical in a nerve-ending climax. 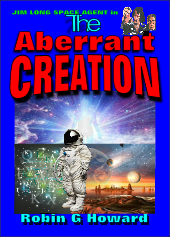 This story is not biblical in any sense as it reveals the ethereal world or afterlife domains. An unusual disorder on a planet where advanced humans vibrate into spirit form releases the cloud of the Un-life. The book of spiritual destiny reveals the unknown planet Mountera where a past world of giants supposedly lived. Jim and crew flung into the astral marvel at its beautiful, mystical landscapes that In contrast carry dark areas of pernicious musing and emotion. As the Un-life spreads and destroys parts of solid matter, spiritual forces unimagined emerge leading to fatal consequences and a mighty celestial battle. 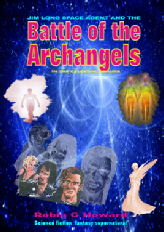